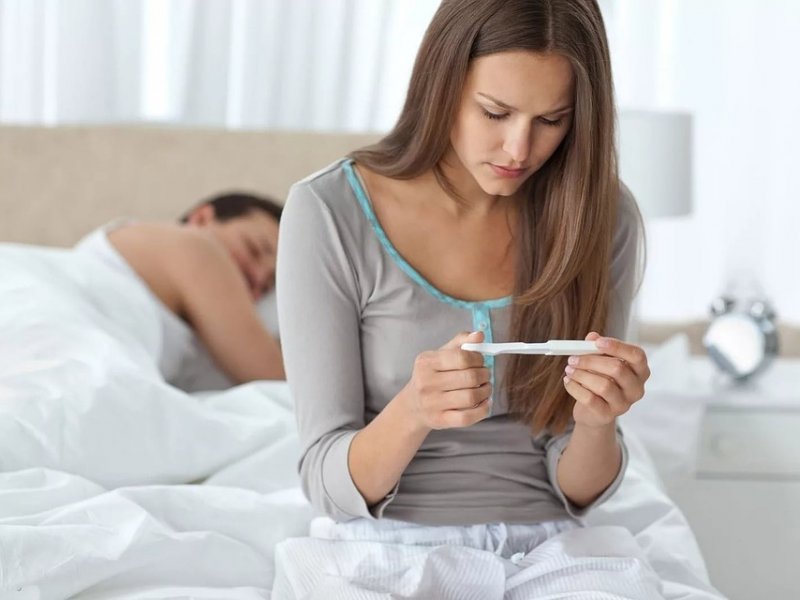 Pregnancy is the period that lasts about 40 weeks (280 days), in which a woman gestates a baby. In this sense, it is the result of the fertilization of an egg (female gamete) by a sperm (male gamete), forming the embryo, and its subsequent fixation in the maternal uterus.

When the egg is fertilized, it transforms into a zygote (first phase of the embryo) and travels through the uterine tube towards the uterus. In this way, after a journey of about 6, the embryo reaches the uterus and implants itself in its wall, a process called nidation.

Thus, we can say that fertilization marks the beginning of a possible pregnancy that will only really happen with the implantation of the embryo in the maternal uterus. From then on, it will be 9 months of pregnancy for the complete development of the fetus until the moment of delivery.

Pregnancy: what are the main symptoms?

Pregnancy can be marked by several symptoms that indicate that a pregnancy is in progress. In this sense, especially in the initial phase, there are some very classic signs that are perceived by many pregnant women.

The first signs usually appear when the embryo is implanted in the uterus, which occurs between the 1st and 2nd week after sexual intercourse. In this sense, from the implantation until about the 13th week of pregnancy, the pregnant woman’s organism goes through several changes, mainly hormonal, which can cause several symptoms.

Here are some signs that may indicate a pregnancy:

Menstrual delay is the first symptom that leads the vast majority of women to distrust a pregnancy. In this sense, it is the main warning sign that appears around the 4th week. However, it is worth mentioning that women with irregular menstrual cycles and/or who present periods of anovulation may have difficulties in identifying the delay of menstruation.

Breast changes, such as an increase in volume and sensitivity are very common and typical signs of pregnancy. In this sense, they occur due to the action of hormones that stimulate the mammary glands, preparing the woman for breastfeeding.

Nausea and vomiting, especially in the mornings, are classic pregnancy symptoms, and start from the 4th or 5th week of pregnancy. In this sense, about 70% of pregnant women feel nausea during the first trimester, which can vary from mild to very intense. These symptoms tend to pass or diminish from the second trimester of pregnancy.

Other very frequent pregnancy symptoms are increased sleep and excessive tiredness that appear early in pregnancy. This is due to hormonal changes, especially progesterone, which acts directly on the central nervous system and the respiratory and cardiovascular systems.

Being hungrier than usual and wanting to eat different things can also indicate a pregnancy. In this sense, pregnant women may want to eat strange foods, try different mixes, or even eat foods they have never tasted before. As for the famous “food cravings”, science still does not know exactly why they happen during pregnancy, but it is estimated that they are due to emotional and hormonal changes.

Changes in taste and smell

Other early symptoms that may indicate pregnancy are a feeling of discomfort or swelling in the lower abdomen and cramps. In the first trimester, these pains can be caused by the onset of uterine growth and hormonal changes.

Dizziness as a sign of pregnancy can occur from a drop in blood pressure or a reduction in blood glucose and often causes fainting. Therefore, to avoid hypoglycemia, it is recommended that the pregnant woman feeds every 3 hours. In addition, headaches are also common during pregnancy due to hormonal changes.

Constipation and increase of gases

Due to hormonal changes, the intestine is also affected by pregnancy. Therefore, from the earliest stages, many women may experience constipation. As a consequence, it is quite common that pregnant women also experience an increase in intestinal gases during pregnancy.

The high concentrations of hormones that happen in pregnancy can also cause mood swings in pregnant women. In this sense, especially at the beginning of pregnancy, the woman becomes more emotional, may have crises of crying and anxiety, besides ups and downs in mood.

Are the pregnancy symptoms the same for all women?

The symptoms of pregnancy are not the same for all women, even some pregnant women may not show any sign of being pregnant, apart from menstrual delay.

This variation happens because each person’s sensitivity to hormonal changes is different. In this sense, body characteristics and lifestyle of each pregnant woman end up interfering in the way and intensity with which the symptoms manifest themselves.

In addition, the same mother can present very different symptoms in her first and second pregnancies. And, even if the signs are repeated, there are chances of the manifestations varying in frequency, strength, time of appearance and duration.